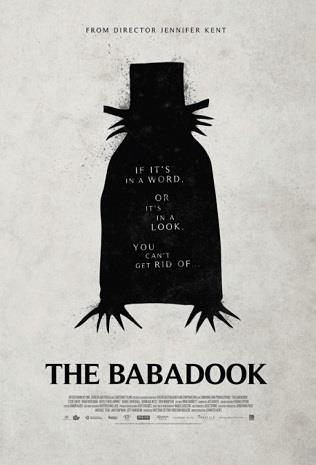 Town City Presents, In Partnership With City Cinema: All the Streets Are Silent: The Convergence of Hip Hop and Skateboarding (1987-1997) Dir: Jeremy Elkin, USA, 2020. Rosario Dawson, Jefferson Pang, Clark Kent “The streets of N.Y. might be temporarily silent, but in downtown Manhattan in the early 90’s, they were the site of a dynamic collision between two vibrant subcultures: skateboarding and hip hop. Jeremy Elkin’s documentary, All The Streets Are Silent, brings to life the magic of this time period and the convergence that created an urban style and visual language that would have an outsized and lasting cultural effect. If Paris Is Burning and Kids had a baby, you’d have this documentary love letter to New York­ examining race, society, fashion and street culture­ and full of archival footage featuring legendary characters and figures from the downtown scene.” - Tribeca Film Festival

Dir: Lina Roessler, Canada/USA, 2021. Aubrey Plaza, Cary Elwes, Michael Caine. Lucy Stanbridge has inherited her father’s boutique publishing house, and the ambitious would-be editor has nearly sunk it with failing Young Adult titles and bad reviews. When she discovers the company is owed a book by Harris Shaw (Michale Caine), a reclusive, cantankerous, booze-addled author who originally put the company on the map, she looks to him for one last stab at salvation, both commercial and critical. Her timing couldn’t be more perfect. Harris owes money and he happens to have a new book - which he hates. Lucy’s ecstatic until she finds out Harris’s old contract stipulates that no one edit his work. However, in exchange, he must tour the book. And so is born the book tour from hell - where fame doesn’t equal fortune, and the legacy you’re trying to uphold might be born out of lies the past can’t contain.

Dir: Ben Lewin, Australia, USA, UK, 2021. Danielle Macdonald, Hugh Skinner, Joanna Lumley Millie is a brilliant young fund manager who leaves her unfulfilling job and long-term boyfriend to chase her lifelong dream of becoming an opera singer…in the Scottish Highlands! She begins intense vocal training lessons with renowned but fearsome singing teacher and former opera diva Meghan Geoffrey-Bishop. It is there she meets Max, another of Meghan’s students who is also training for the upcoming 'Singer of Renown' contest. What begins as a brutal competition between Millie and Max slowly turns into something more…

14A, sexual content, coarse language. Dir: Maria Schrader, Germany, 2021. Maren Eggert, Dan Stevens, Sandra Hüller In German with English subtitles. "Downton Abbey star Dan Stevens gives a sparkling performance in this bittersweet romantic drama. The British actor shows off his linguistic and comedic talents playing Tom, a humanoid robot finely calibrated to be the dream man of scientist Alma. Though cynical of his merits, she reluctantly agrees to test Tom out for three weeks, and determines not to fall under his mechanical spell - even as he tidies her flat, draws her baths and makes her breakfast. Director and co-writer Maria Schrader follows up her Emmy award-winning stint on Netflix series Unorthodox with an offbeat love story that's both witty and charming, yet anchored in the reality that loneliness and longing are a vital part of the human experience." - Ann Lee, Radio Times. "Frequently hilarious and genuinely moving." - The Skinny

Presented by Classics at City Cinema Dir: Jean-Luc Godard, France, 1965, 115 min. Jean-Paul Belmondo, Anna Karina, Graziella Galvani The film was selected as the French entry for the Best Foreign Language Film at the 38th Academy Awards Pierrot escapes his boring life and travels from Paris to the Mediterranean Sea with Marianne, a girl chased by hit-men.

Presented by Classics at City Cinema Dir: Hideo Nakata, Japan, 1998. Nanako Matsushima, Miki Nakatani, Yûko Takeuchi A mysterious video has been linked to a number of deaths, and when an inquisitive journalist finds the tape and views it herself, she sets in motion a chain of events that puts her own life in danger.

Presented by Classics at City Cinema Dir: Jennifer Kent, Australia, 2014, 94 min. Essie Davis, Noah Wiseman, Daniel Henshall A single mother, plagued by the violent death of her husband, battles with her son’s fear of a monster.

Dir: Paul Schrader, USA, 2021. Oscar Isaac, Tiffany Haddish, Tye Sheridan, Willem Dafoe "The Card Counter is a spellbinder with a deep core of personal insight. Following 2018's classic First Reformed, the film finds Schrader, 75, at the top of his artistic game as he explores the dizzying space between sin and redemption... Oscar Isaac gives an implosive, indelible performance as a gambler who calls himself William Tell, after the 14th-century crossbow ace who shot apples off heads and tyrants off thrones... He learned card counting during a long prison stint after being court-martialed for his role as a U.S. military interrogator... Cards are a method for William to order his life, often pathologically as he checks into hotel rooms whose furniture he wraps in sheets that he carries in his luggage with an obsessive-compulsive attention to detail. As a gambling agent who calls herself La Linda, Tiffany Haddish brings a sexy, romantic chaos into William's structured half-life... Mistaking his OCD for a gambler's cool, La Linda tries to recruit William for a poker tournament. But a big win holds no interest. What does is Cirk, a kid that Tell mentors. For a while, Schrader gives his movie the propulsive energy of Paul Newman teaching Tom Cruise the ropes of pool in The Color of Money... At a hotel conference for correctional officers, Cirk recognizes Maj. John Gordo (a scary, sensational Willem Dafoe) from the unit in which his father and William served. Cirk blames Gordo for his dad's suicide and wants William to join him in taking revenge. In a lesser movie, reprisal would be the easy end-all. But Schrader doesn't make lesser movies... He is a world-class filmmaker whose work is as playful as it is profound. It's all there in The Card Counter, a hypnotic and haunting provocation about a man of conscience struggling with his guilt about surviving in a godless, modern world. Hope floats at the edges of Schrader's dangerous, possibly redemptive game of chance. Place your bets." - Peter Travers, ABC News

Presented by Classics at City Cinema Dir: David Cronenberg, USA, 1986, 96 min. Jeff Goldblum, Geena Davis, John Getz Acclaimed horror director David Cronenberg brings his unique style to this startling remake of the 1958 Vincent Price shocker. The Fly is the horrifying story of an unfortunate scientist whose molecules are scrambled with those of a common housefly during an experiment in matter transmission.

Presented by Classics at City Cinema Dir: Tony Scott, USA/UK, 1983. Catherine Deneuve, David Bowie, Susan Sarandon Miriam promises her lovers the gift of eternal life, but John, her companion for centuries, suddenly discovers that he is getting old minute by minute, so he looks for Dr. Sarah Roberts, a researcher on the mechanisms of aging, and asks her for help.

Presented by Classics at City Cinema Two Women aka La Ciociara Dir: Vittorio De Sica, Italy/France, 1960. Sophia Loren, Jean-Paul Belmondo, Raf Vallone Academy Award for the Best Actress for Sophia Loren, becoming the first Oscar winner for a non-English language performance. Widowed shopkeeper Cesira and her 13-year-old daughter Rosetta flee from the allied bombs in Rome during the second World War; they travel to the remote village where Cesira was born. During their journey and in the village and onward, the mother does everything she can to protect Rosetta. Meanwhile, a sensitive young intellectual, Michele, falls in love with Cesira.

Dir: Kiyoshi Kurosawa, Japan, 2021. Yû Aoi, Issey Takahashi, Masahiro Higashide In Japanese with English Subtitles Venice Film Festival 2020 Winner, Best Director. "One of Kurosawa's most purely enjoyable, internationally accessible entertainments." - Variety. "Kurosawa’s old-fashioned drama delivers big performances and intriguing plot twists... with Ryû Hamaguchi as co-writer, Kurosawa has created this excellent wartime mystery thriller... Yû Aoi is outstanding as Satoko, a movie actor in 1940 Kobe in Japan, married to Yûsaku, a prosperous international trader whose liberal politics and contact with foreigners makes him frowned upon in increasingly nationalist Japan. Yûsaku is visited by his old school friend Taiji, who is now in police uniform, and caught up in the new fascist enthusiasm. A gulf between the two is opening up, despite Taiji having not got over his erstwhile crush on Satoko. Something sinister is in the air, and when Yûsaku comes back from a business trip to Japanese-controlled Manchuria, he is stunned by evidence of war crimes carried out there by Japan’s Kwantung army. Disgusted by his country, he plans to pass on details to the international community and chiefly the Americans: Satoko realises that this makes her the wife of a spy and the question of her own personal and political loyalties, and her husband’s, are a tense enigma to the very end." - Peter Bradshaw, The Guardian