PG-13for some violence and thematic elements. 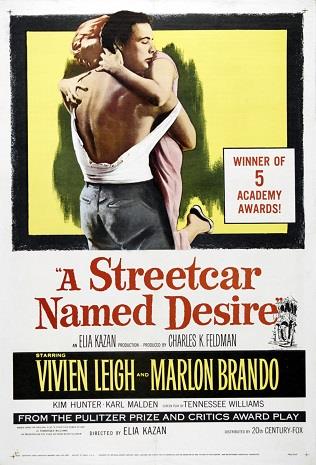 Ken Elliot as Elvis in Concert

2021 Summer Film Camp The Beltonian Theatre July 5-9, 9a-4p $189 plus tax Has your 10-17 year old dreamed of making movies? Looking to beat the heat this June? Richard Tolleson, film scholar, will be directing a week-long film camp at The Beltonian Theatre. This curriculum of classic film study and practical movie-making techniques for iPad is from 9a-4p Mon-Fri and will culminate in a FREE student film showcase on Friday, July 9th, at 6 p.m. https://TheBeltonianTheatre.com/Events One movie is shown daily for film study in the afternoon with popcorn and fountain drinks provided! You will also receive a T-Shirt and a DVD of all the films. Students can bring their own lunch or order off the menu for 50% off! Spaces are limited so get your tickets soon online or at The Beltonian Theatre anytime we are open! ***** Make sure you download the registration forms from the web-site (Available soon!) and drop off at the theatre in the mail box as soon as you can so that we can order t--shirts and be ready to get started right away Monday morning! You can also e-mail them to [email protected] ******

A Streetcar Named Desire (1951) May 13 - 15 Back on the BIG SCREEN in it's original black and white, this 1951 movie adapted from Tennessee Williams's 1947 Pulitzer Prize-winning play of the same name won 5 academy awards and is widely considered one of the most powerful and remarkable films ever made. This screening will feature the lost 3 minutes of censored footage re-released in 1993 as an "original director's version". Be sure to reserve your seats in advance and show up 15-30 minutes early for your showtime. Remember, masks are required until you are social distanced and sitting in your seats. https://TheBeltonianTheatre.com/Movies MORE ABOUT THE MOVIE Based on the play by Tennessee Williams, this renowned drama follows troubled former schoolteacher Blanche DuBois (Vivien Leigh) as she leaves small-town Mississippi and moves in with her sister, Stella Kowalski (Kim Hunter), and her husband, Stanley (Marlon Brando), in New Orleans. Blanche's flirtatious Southern-belle presence causes problems for Stella and Stanley, who already have a volatile relationship, leading to even greater conflict in the Kowalski household. #TheBeltonianTheatre #seeyouatthemoviessoon #beltontx #beltontexas #belton #centraltexas #bellcounty #movie #tennesseewilliams #Movies #academyawards #marlonbrando #warnerbros #warnerbrothers #templetexas #templetx See you at the movies soon...

I AM Smiling Comedy Tour 2021 JAMCO, Comedy Series Presents Jamal Harrington Featuring Thomas Nichols June 5th at 6pm & 9pm $15 + Tax in Advance $20 + Tax at Door This Summer, comedy is BACK at The Beltonian Theatre! Jamal Harrington will be live on stage June 5th with a set you won't want to miss. Be sure to reserve your seats in advance and show up 15-30 minutes early for your showtime. Remember, masks are required until you are social distanced and sitting in your seats. https://TheBeltonianTheatre.com/Movies ABOUT JAMAL Before telling jokes on stage, Jamal Harrington produced stand up comedy shows off the stage in New York City. While booking and watching many novice and nationally touring acts perform for six years in various comedy clubs, Harrington decided to take the plunge into comedy after moving to Seattle, WA. There he began performing throughout the city where he learned to find his comedic voice and manufacture his act. He would later appear as a guest on Seattle's KZOK The Danny Bonaduce & Sarah Morning Show. Harrington has also appeared multiple times as a guest on "The Sour Kool-Aid Show" on Twitch TV. Harrington is the producer of JAMCO. Comedy Series, a stand-up comedy production. He is also the co-host of "It's Not About You" podcast. #TheBeltonianTheatre #SeeYouAtTheMovies #Movies #Movie #Belton #BeltonTX #BeltonTexas #CentralTexas #BellCounty #Temple #TempleTexas #TempleTX #Comedy #Comedian #ComedyShow #StandUp See you at the movies soon...

Ken Elliot as Elvis in Concert

Ken Eliot as Elvis (Elvis is back!!) Saturday, August 7th at 5 p.m. $10 + tax in advance $15 + tax at the door Elvis is BACK on the stage at The Beltonian Theatre after his SOLD OUT concerts pre-Covid lockdown! Viva Las Vegas will play directly after the Concert for only $5 more. Reserve your seats NOW before they sell out again!! Be sure to show up 20-30 minutes early for the concert. Remember, masks are required until you are social distanced and sitting in your seats. https://TheBeltonianTheatre.com/Events #TheBeltonianTheatre #SeeYouAtTheMovies #Movies #Movie #Elvis #Concert #TheKing #Belton #BeltonTX #BeltonTexas #CentralTexas #BellCounty #Temple #TempleTexas #TempleTX See you at the movies soon...

Mean Girls (2004) May 17-22 Let's GO Girls! Time for a ladies night. With wine and margaritas on the menu we have something for everyone. We will all be wearing pink to "Pink Out" the theatre!! Be sure to reserve your seats in advance and show up 15-30 minutes early for your showtime. Remember, masks are required until you are social distanced and sitting in your seats. https://TheBeltonianTheatre.com/Movies ABOUT THE MOVIE Cady Heron is a hit with The Plastics, the A-list girl clique at her new school, until she makes the mistake of falling for Aaron Samuels, the ex-boyfriend of alpha Plastic Regina George. #TheBeltonianTheatre #SeeYouAtTheMovies #Movies #Movie #Belton #BeltonTX #BeltonTexas #CentralTexas #BellCounty #Temple #TempleTexas #TempleTX #LadiesNight #GirlsRule #BoysDrule #GirlsNightOut #GirlPower #LetsGoGirls #Paramount See you at the movies soon...

Mother Son Date Night Join Chick-fil-A and The Beltonian Theatre for our Mother Son Date Night. Dinner ( or Breakfast Saturday AM) and movie with your best girl...MOM! Tickets are $15 + tax a person and include dinner, dessert, drink, popcorn, movie, photo booth & more. Friday, May 7th 6 PM - 7:30 PM (Doors 5:30 PM) Saturday, May 8th 9:30 AM - 11 AM (Doors 9 AM) Saturday, May 8th 1 PM - 2:30 PM (Doors 12:30 PM) Please reserve your seats in advance as this event sold out last year on multiple nights AND we are social distancing this year in the theatre so there are even less spaces than usual. Please show up as close to 30 min in advance as possible! We are excited to host a safe and secure event for our guests. Face masks are kindly required until seated (other than photobooth). Seats will be spaced out and we are only selling about 30% capacity of the theatre for each sitting. Feel free to ask any questions. https://TheBeltonianTheatre.com/Events Hosted at the Historic Beltonian Theatre in Downtown Belton. We will be enjoying the original Toy Story movie. Photobooth and craft will be themed accordingly and feel free to dress up if desired! Full menu of Candy, Cold Drinks, and MORE available for purchase all evening! No refunds after 24 hours in advance. See you at the movies soon... #TheBeltonianTheatre #ChickfilA #BeltonTX #BeltonTexas #Valentine #TempleTexas #TempleTX #DateNight #Valentines #ValentinesDay #Movie #MovieNight #Movies #Daddy #Daughter

PG-13for some violence and thematic elements.

Rebel Without a Cause (1955) April 5 - 10 James Dean is remembered as a cultural icon of teenage disillusionment and social estrangement, as expressed in the title of his most celebrated film, Rebel Without a Cause (1955) which was released soon after his death. Come remember with us as we take a trip to the past! Be sure to reserve your seats in advance and show up nice and early for your movies. Masks are required until you are social distanced and sitting in your seats. https://TheBeltonianTheatre.com/Movies ABOUT THE MOVIE A rebellious young man with a troubled past comes to a new town, finding friends and enemies. Rebel Without a Cause is a 1955 American drama film about emotionally confused suburban, middle-class teenagers. Filmed in the then recently introduced CinemaScope format and directed by Nicholas Ray, it offered both social commentary and an alternative to previous films depicting delinquents in urban slum environments. The film stars James Dean, Sal Mineo, and Natalie Wood. The film was a groundbreaking attempt to portray the moral decay of American youth, critique parental style, and explore the differences and conflicts between generations. The title was adopted from psychiatrist Robert M. Lindner's 1944 book, Rebel Without a Cause: The Hypnoanalysis of a Criminal Psychopath. The film, however, does not make any references to Lindner's book in any way. Warner Bros. released the film on October 27, 1955, nearly a month after Dean's death in a car accident on September 30, 1955. Over the years, the film has achieved landmark status for the acting of cultural icon Dean, fresh from his Oscar nominated role in East of Eden and who died before the film's release, in his most celebrated role. This was the only film during Dean's lifetime in which he received top billing. In 1990, Rebel Without a Cause was added to the Library of Congress's National Film Registry as being deemed "culturally, historically, and aesthetically significant". #TheBeltonianTheatre #seeyouatthemoviessoon #beltontx #beltontexas #belton #centraltexas #bellcounty #movie #movies #templetexas #templetx

The Karate Kid (1984) April 12- 17 Come wax on wax off with us with this action movie back on the BIG SCREEN! Be sure to reserve your seats in advance and show up 15-30 minutes early for your showtime. Remember, masks are required until you are social distanced and sitting in your seats. https://TheBeltonianTheatre.com/Movies ABOUT THE MOVIE Daniel is new in town, and is getting picked on by the local bullies, who all are adept in karate. Determined to stick up for himself, Daniel begins to teach himself karate, only to discover that the caretaker at his apartment seems to be a grand master in karate. Agreeing to teach Daniel, Mr. Miyagi shows Daniel that there is more to karate than violence, and perhaps the best way to solve the problem he has with the bullies is in the All Valley Karate Championship. See you at the movies soon... #TheBeltonianTheatre #SeeYouAtTheMovies #Movies #Movie #TheKarateKid #Sony #Movie #Movies #KarateKid #Belton #BeltonTX #BeltonTexas #CentralTexas #BellCounty #Temple #TempleTexas #TempleTX

Urban Cowboy (1980) April 19 - 25 Let's GO Girls! Time for a ladies night. With wine and margaritas on the menu we have something for everyone. Be sure to reserve your seats in advance and show up nice and early for your movies. Masks are required until you are social distanced and sitting in your seats. https://TheBeltonianTheatre.com/Movies ABOUT THE MOVIE Bud is a young man from the country who learns about life and love in a Houston bar. See you at the movies soon... #TheBeltonianTheatre #seeyouatthemoviessoon #beltontx #beltontexas #belton #centraltexas #bellcounty #Cowboy #UrbanCowboy #Paramount #Cowgirl #ladies #ladiesnight #letsgogirls #templetexas #templetx