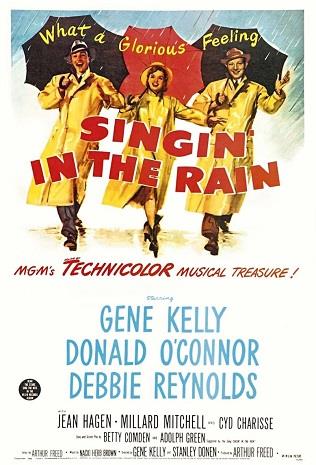 Witchcraft Through the Ages aka Haxan

A Lizard in Woman's Skin

Seven short films selected from the 2022 Sundance Film Festival—fiction, nonfiction, and animation—comprise this new program. Sundance is widely considered the premier American showcase for new short films. For almost 40 years, it has served as the launchpad for many now-prominent independent filmmakers—from Andrea Arnold to Todd Haynes and Taika Waititi. Five countries are represented in this year’s collection, which includes Festival award winners in the categories of Fiction, Int’l Fiction, and Screenwriting. Perhaps the most interesting movie to NE Ohioans is Lewie and Noah Kloster’s Stranger Than Rotterdam with Sara Driver, a 1982-set story in which Driver, the producer of Jim Jarmusch’s Stranger Than Paradise, had to be willing to smuggle one of the world’s rarest and most controversial films across the Atlantic Ocean in order to complete Jarmusch’s now-classic feature. For the complete program, visit www.sundance.org/festivals/short-film/.

A Lizard in Woman's Skin

A British woman who dreams that she has murdered the libertine next door sees her life turn into a nightmare when that neighbor turns up dead and she becomes the prime suspect. Set in early 1970s London, this colorful giallo by the Italian cult director of The Beyond and Zombi 2 is a stylish and visually stunning work that vividly captures the promiscuous, psychedelic hippie era of hallucinatory acid trips. 100% critics rating on Rotten Tomatoes! Florinda Balkan and Stanley Baker star. Music by Ennio Morricone; special effects by Carlo Rimbaldi (Possession, E.T.).

This visually magnificent new Chinese film is a unique hybrid of fiction, historical reminiscence, and experimental theatre. When a longtime clown in a renowned Chinese theatrical troupe dies, he finds himself reliving 50 years of art, struggle, and love during China’s tumultuous 20th century—before entering the afterlife “Critic’s Pick...A magnificently layered historical epic…Breathes new life into a story as old as civilization.” –NY Times. “A huge epochal fresco.” –Senses of Cinema.

These two endearing movies continue the story of Truffaut’s alter ego Antoine Doinel (Jean-Pierre Léaud) begun in The 400 Blows (see 10/1 at 5:00). But with these films, Doinel’s escapades turn comic. In Antoine and Colette, a segment from the anthology film Love at Twenty, he is a teen smitten with a young music student across the street. Stolen Kisses (which is in color) finds Doinel just out of the army and taking various odd jobs (hotel clerk, private detective, shoe salesman, TV repairman) while wooing women both married and unmarried. Delphine Seyrig and Claude Jade co-star.

Now married, Antoine Doinel (Jean-Pierre Léaud), Truffaut’s quasi-autobiographical alter ego, settles into marital bliss—but not quite. He has an affair with a Japanese mistress before returning home to become a father. Claude Jade co-stars in this funny, touching romantic comedy that has a cameo appearance by Jacques Tati.

In post-war Italy, a working-class man's bicycle is stolen. He and his son set out to find it.

Chronicling the lifelong sexual development of two men who meet and become friends in college.

Antoine Doinel is now more than thirty. He divorces from Christine. He is a proofreader, and is in love with Sabine, a record seller. Colette, his teenager love, is now a lawyer. She buys Antoine's first published autobiographical novel. They meet again in a station...

Based on Patricia Highsmith's personal writings and accounts of her family and lovers, the film casts new light on the famous thriller writer's life and oeuvre, permeated by themes of love and its defining influence on identity.

In the falangist Spain of 1944, the bookish young stepdaughter of a sadistic army officer escapes into an eerie but captivating fantasy world.

Peter Von Kant is a successful, famous director who lives with his assistant Karl, whom he likes to mistreat and humiliate. Through the great actress Sidonie, he meets and falls in love with Amir, a handsome young man of modest means who he offers to help break into cinema

Welcome to Riotsville, a fictional town built by the US military. Using all archival footage, the film explores the militarization of the police and creates a counter-narrative to the nation's reaction to the uprisings of the late '60s.

Released dubbed and heavily cut in the U.S., this gorgeous mythical fantasy by the Soviet Union’s prodigious special effects wiz Aleksandr Ptushko has recently been restored to its original color and widescreen splendor. Based on the Finnish national epic “Kalevala,” the film tells of an evil witch who covets the Sampo, a magical mill that produces unlimited salt, grain, and gold. When she can’t get it, she steals the sun, plunging the world into darkness and cold.

The Cleveland Institute of Art Alumni Council and the Cinematheque present the first-ever showcase of short movies made by CIA grads! Culled from submissions received via an open call, the works to be shown will represent a variety of genres likely to include animation, experimental, and documentary. Each film will be 20 minutes or less. Jurors for this inaugural edition of Short Listed were Grafton Nunes, CIA President Emeritus and film scholar; Alison O’Daniel, filmmaker and 2003 CIA alum; and Genevieve Schwartz, Cinematheque Assistant Director.

A silent film production company and cast make a difficult transition to sound.

Jeff Bridges, Sally Field, and Arnold Schwarzenegger (in his “official” screen debut) star in this quirky, overlooked 1970s gem from the late Bob Rafelson, a founding father of 1970s’ “New Hollywood” and director of Head, Five Easy Pieces, and The King of Marvin Gardens. Stay Hungry, Rafelson’s fourth feature, is set in the “New South” and focuses on an Alabama rich kid and misfit (Bridges) who becomes involved with the denizens of a local gym, including an Austrian bodybuilder training to be Mr. Universe. Robert Englund, Scatman Crothers, and Joanna Cassidy co-star.

13-year-old Antoine (Jean-Pierre Léaud) can't seem to do anything right. His dysfunctional parents yell at him, his spiteful schoolteacher picks on him and luck just never goes his way. Despite his efforts at patience, one day it all becomes too much and Antoine throws in the towel, choosing to take his chances on the Paris streets. At times joyous and at others bitterly hard, his new life brings a newfound freedom – one that Antoine will follow up to its painful, poignant and beautiful conclusion. Francois Truffaut's first feature film and arguably the starting point of the Nouvelle Vague, The 400 Blows is a true landmark in French cinema. Raw, honest, and intensely emotional, it captures youth in startlingly vivid detail and holds a mesmerising, unflinching mirror up to life itself.

Prominent Black American artist Martine Syms makes her feature film directorial debut with this funny but barbed art world comedy. The movie focuses on a Black female sculptor, Palace, during her first 24 hours as a newly minted Master of Fine Arts—having just graduated from a mostly white art school in upstate New York where her classmates and instructors resent her inclusion in a recent Venice Biennale. Tired and frustrated, Palace wants to skip all campus celebrations and just go home to her family.

Marlon Brando, Jane Fonda, Robert Redford, and Robert Duvall head the all-star cast of the explosive film Arthur Penn made just before his epochal Bonnie and Clyde. Based on a play and novel by Horton Foote, with a screenplay by Lillian Hellman, the film is a pressure-cooker of sex, corruption, racism, and vigilantism. Brando plays a small-town Texas sheriff who tries to keep the townspeople’s hateful attitudes and raging emotions in check as they await the inevitable homecoming of a native son (Redford) who has broken out of prison and whose wife (Fonda) has been unfaithful to him. Held in higher esteem in Europe than in the U.S., The Chase co-stars Angie Dickinson, James Fox, E.G. Marshall, and Miriam Hopkins.

Where did the movies come from? Sophisticated glass-slide projectors known as “magic lanterns” were the direct predecessor of the cinema, reaching the height of their popularity during the 1890s. Tonight, members of The Magic Lantern Society of the United States and Canada (which is holding its bi-annual convention in Cleveland) will re-create yesteryear’s lantern shows in a series of live performances utilizing authentic 19th-century equipment and hand-painted slides. Encompassing travelogues, temperance stories, moral lessons, fairy tales, comic views, and popular songs and poems, lantern shows are a treat for all ages. So travel back in time with us; there will be nothing tawdry or coarse, and nothing cheap (excepting the charge for admission). Special thanks to Larry Rakow.

When Union spies steal an engineer's beloved locomotive, he pursues it single-handedly and straight through enemy lines.

Two grifters team up to pull off the ultimate con.

Becoming closer to his dream of leading a normal life, a professional safecracker agrees to do a job for the mafia, who have other plans for him. Released in the US as Violent Streets, Michael Mann’s super influential minimalist neo-noir looks as authentic and original today as the day it did in 1981. Mann used real thieves as technical advisors on the film and that Tangerine Dream soundtrack is a joy. Donald Thorin’s moody and brilliant cinematography seals the deal.

Japan, 1953, Kenji Mizoguchi Mizoguchi’s most celebrated film is an atmospheric samurai drama and ghost story in which two peasants living in war-torn 16th-century Japan leave their homes hoping to profit from the conflict. This haunting movie subtly conveys the illusory nature of ambition and desire. With Machiko Kyō and Kinuyo Tanaka; cinematography by Kazuo Miyagawa. “Simultaneously realistic, allegorical and supernatural, Ugetsu is the most stylistically perfect of all Mizoguchi’s work, and many critics consider it the greatest Japanese film ever made.” –David L. Cook. Cleveland revival premiere Subtitles. DCP. 96 min. www.janusfilms.com

Witchcraft Through the Ages aka Haxan