The War with Grandpa 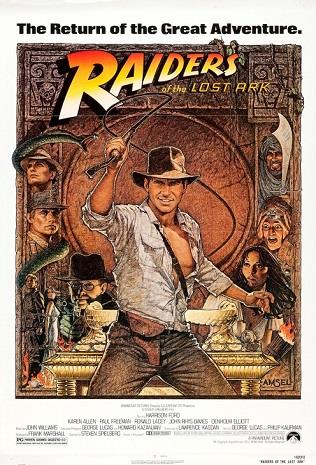 Raiders of the Lost Ark

Pianist and Singer Matthew Ball aka The Boogie Woogie Kid is the piano man with 4.5 million YT views! He performs a family-friendly fun program of New Orleans Song, Boogie-Woogie, and Swing Dance Era favorites, with classics like Ain’t Misbehavin, In The Mood, It Had to be You, When the Saints Go Marchin’ In, Basin Street Blues, Amazing Grace, Careless Love, and more.  For a preview, just visit Matthew online or Facebook as ‘The Boogie Woogie Kid.’

An American reporter goes to the Australian outback to meet an eccentric crocodile poacher and invites him to New York City.

Duke Tumatoe, born William “Bill" Severen Fiorio in 1947, is an American blues guitarist, vocalist and songwriter. He has gigged with Muddy Waters, Bo Diddley, B.B. King, Willie Dixon, Buddy Guy, John Fogerty and George Thorogood. He was a founding member of arena-rock giants REO Speedwagon. He has released fifteen albums as the bandleader of Duke Tumatoe & The All-Star Frogs and Duke Tumatoe & The Power Trio. His 1988 live album I Like My Job was produced by John Fogerty. He typically plays more than 100 dates per year.

Join fan favorites Dwayne Johnson and Emily Blunt for the adventure of a lifetime on Disney’s Jungle Cruise, a rollicking thrill-ride down the Amazon with wisecracking skipper Frank Wolff and intrepid researcher Dr. Lily Houghton. Lily travels from London, England to the Amazon jungle and enlists Frank’s questionable services to guide her downriver on La Quila—his ramshackle-but-charming boat. Lily is determined to uncover an ancient tree with unparalleled healing abilities—possessing the power to change the future of medicine. Thrust on this epic quest together, the unlikely duo encounters innumerable dangers and supernatural forces, all lurking in the deceptive beauty of the lush rainforest. But as the secrets of the lost tree unfold, the stakes reach even higher for Lily and Frank and their fate —and mankind’s—hangs in the balance.

Audiences are treated to Lynn’s vocal illusion talents, when they may meet a drunken and lovable camel, a grumpy old man, a feisty little girl, and may even see some other audience members who are brought up for the action! Lynn’s off-the-wall audience interplay is riotously funny, no two shows are alike! Her performances are tailored for both family and adult audiences. Lynn has received many awards and nominations throughout her career including The American Comedy Awards, Variety Entertainer of the Year, and Comedy Entertainer of the Year by National Association of Campus Activities. She has been nominated for Best Female Performer by Corporate America Magazine, and has been named Funniest Female by Campus Activities Magazine. In 2010, Lynn received the “People’s Choice Award” by the Ohio Arts Presenters Association. She is a premier entertainer for Disney Cruise Lines, as well as Crystal and Norwegian Cruise Lines. She is also a favorite among many Celebrity Golf Classic Invitationals and the Atlantis Resort and Casino in Nassau, Bahamas. Lynn (and her many voices) has appeared on ABC, TNN, A&E, and Lifetime. She is featured in a recently released comedy/documentary about the art of ventriloquism with Jay Johnson and Jeff Dunham called “I’m No Dummy” by NBC Universal.

Raiders of the Lost Ark

Archaeologist and adventurer Indiana Jones is hired by the US government to find the Ark of the Covenant before the Nazis.

The War with Grandpa

Peter is thrilled that Grandpa is coming to live with his family. That is, until Grandpa moves into Peter's room, forcing him upstairs into the creepy attic. And though he loves his grandpa he wants his room back - so he has no choice but to declare war. With the help of his friends, Peter devises outrageous plans to make Grandpa surrender the room. But Grandpa is tougher than he looks. Rather than give in, Grandpa plans to get even.

Two rising but reckless Naval officers - Pete "Maverick" Mitchell and Nick "Goose" Bradshaw - are recruited for Top Gun; an elite US Flying school for advanced fighter pilots. There, the macho classmates engage in a dangerous competition to outdo their rivals and Maverick begins a relationship with a civilian instructor.